„Working together for a green, competitive and inclusive Europe“

„Music is the unique and universal language of humankind. It unites all peoples and nations: defying borders, embracing all ages, cultures, backgrounds and ethnicities. Musicmaking is enriched as it reaches beyond tribe and clan – as musicians meet at the crossroads, bringing with them to share their own distinct native tongues. As they share in their musicmaking, new unexpected creativity is unleashed, rewarding not only performer, but those who listen and partake, participating in the performance of live music. Music questions, broadens and re-defines who we are as human beings for music is at the heart of being human. As the breath and heartbeat within, it affirms our common humanity. This is the central message of the One Music project.

The One Music project brings together music programmes by the same name of the emiment ensembles Barokksolistene from Norway and Solamente naturali from Slovakia. It will be the result of more than 20 years of cooperation between the leaders of both ensembles, Bjarte Eike and Miloš Valent. The project creates a dialogue between the traditional Slavic and Nordic music: music to be found in the Slovak and Norwegian music archives. It will be explored with sensitivity to the norms of contemporary performance practice alongside new compositions, commissions which will be inspired by early music.

Such an interaction of ancient and modern reveals reveals a common voice, a unique, unrepeatable moment of “one music”. It is a musical presence of interest not only to the world of professional musicians, but also to the general public. The programme consists of songs from the repertoires of both ensembles, but also from new compositions by music composers Jon Balke from Norway and Michal Paľko and Daniel Matej from Slovakia. They will be complemented by music from ethnic minorities (Roma, Jewish, Saami) as well as by the musical results from dozens of workshops at art colleges in Žilina, Banská Bystrica, Nitra, Bratislava, Oslo and Bergen. The public will experience the One Music programme first-hand at concerts and festivals in Slovakia and Norway, but also at a seminar on artistic freedom.

The activities project will also include a series of concerts for children from socially excluded (especially Roma) communities as well as for children with special needs at secondary vocational schools in the Slovak Republic and Norway. An aim of the project is, in Slovakia, to build on Barokksolistene’s experience with concerts at secondary schools in Norway. The end result is to prepare young people to experience music of different cultures and traditions, thus helping them to build self-knowledge of their own traditions with, at the same time, an acceptance of diversity, rejecting extremism and bonding with other lands and customs – never more appropriate than in the heightened tensions of today’s world. The message of the One Music programme and the process of its creation will be captured in an art documentary, prepared by the young documentary filmmaker Kristína Smetanová under the direction of the celebrated documentarist Marek Šulík. 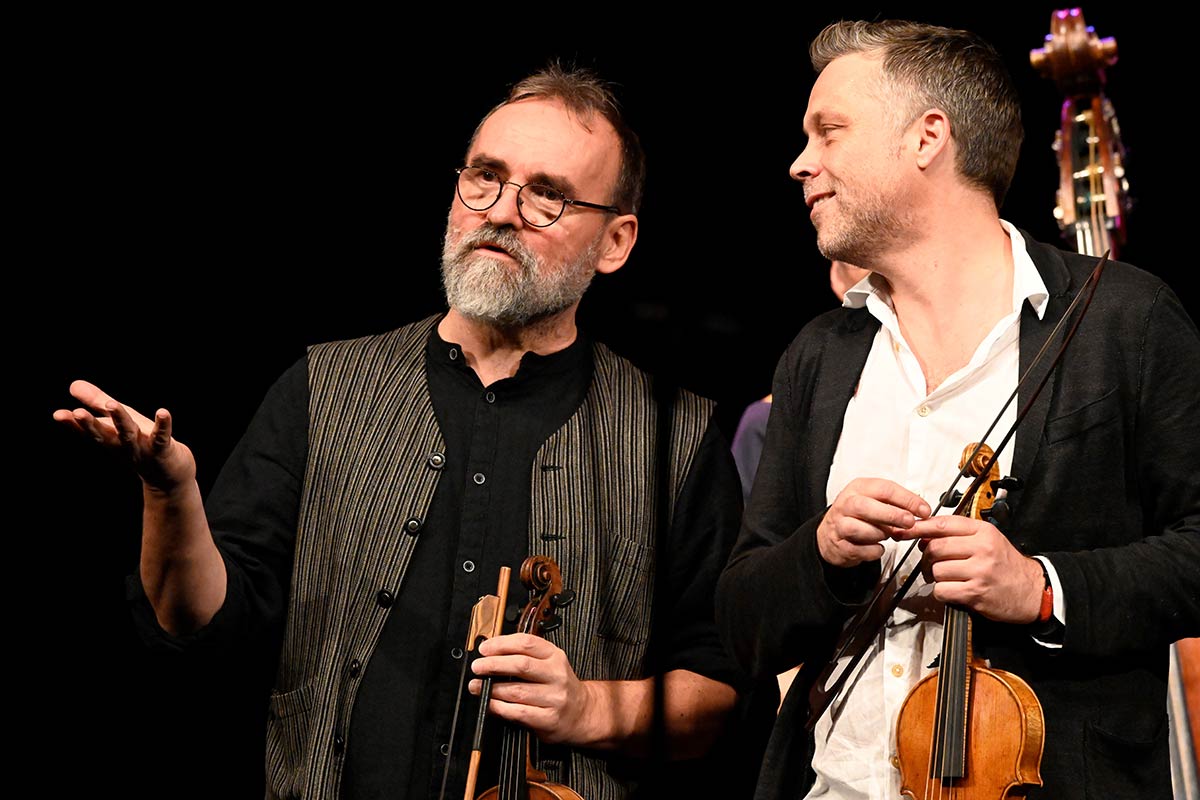 The following members will create the core of the Slovak-Norwegian music ensemble involved in the project activities:

Founded and led by Norwegian violinist Bjarte Eike in 2005, Barokksolistene is now recognised as one of the world’s most dynamic and exciting groups working in the field of historically informed performance, fusing virtuoso musicianship with flawless ensemble playing. Constantly striving to reach out to new audiences, their passion to engage with folk and experimental music, improvisation, visual arts, dance and story-telling has led them to create unique concert experiences which play to sold-out audiences worldwide.

Bjarte Eike and Barokksolistene have created projects with a multi-cultural dimension for many years. The project «The Image of Melancholy» making links between Nordic Folk, English Renaissance, and contemporary/experimental sound, has garnered much praise and many nominations and rewards internationally. «The Alehouse Sessions» – where the setting is a seventeenth-century London pub, with an ingenious mix of improvisation, storytelling, theatrical/choreographical elements and an everpresent focus on communication with the audience – has been a huge success internationally. It has received rave reviews in all sorts of media, ranging from periodicals of the classical world – «The Strad», «The Gramophone», «The Guardian» to «Songlines» a world music magazine, where it was album of the month, and to the Rolling Stone Music Magazine. In Germany the album received the prestigious «Opus» award in 2018 in the category «Musik Ohne Grenzen».

Bjarte Eike pushes boundaries in classical music, constantly looking for new projects in the “borderland of genres” -– reaching out to new audiences with his infectious playing and performance style. As the artistic director of Barokksolistene, he has created new and innovative concepts such as «The Alehouse Sessions» and «The Image of Melancholy». As a freelance violinist he explores alternative ways of approaching classical music. Although rooted in Historically Informed Performance practice his wider approach to performance uses visual arts, dance, storytelling and improvisation. Major productions with Eike as artistic director/conductor include Handel’s Alcina and Purcell’s Dido and Aeneas at the Norwegian National Opera, Vespertine with choreographer Liam Scarlett, a staged Messiah with Netia Jones at the Bergen International Festival and recordings and concerts with jazz pianist Jon Balke. The latter form part of the “Siwan” project exploring the links between North African Arabic, Andalusian and baroque music. As a composer he has written music for The Stuttgart Ballet, The Norwegian National Ballet, Haugesund Theatre, The Shakespeare Globe Theatre in London and various film projects. 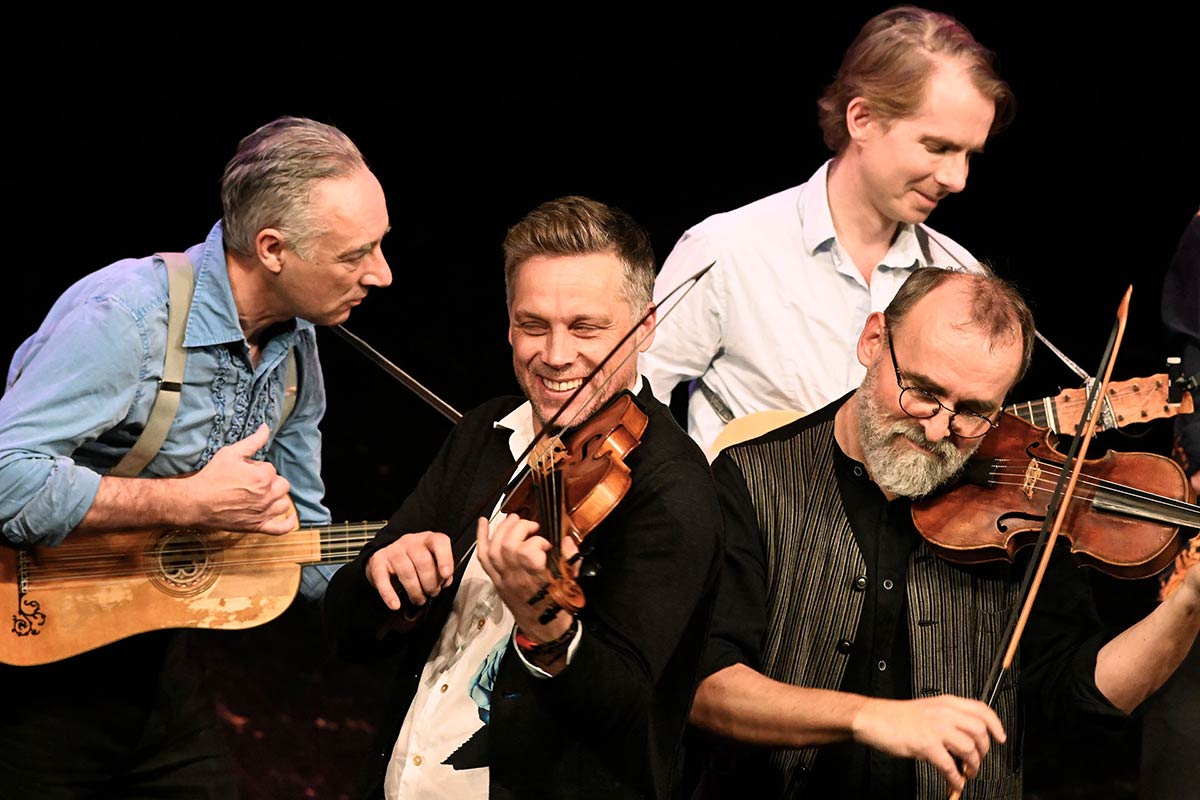 Here you will find the latest news of the One Music project, other Solamente naturali events can be found on the News subpage.

The project “One Music” benefits from a € 72 310 grant from Iceland, Liechtenstein and Norway through the EEA Grants. The project has been co-financed from the State Budget of the Slovak Republic in the amount of 12 761 €. The aim of the project is to create a joint music programme called “One music” by the renowned music groups Solamente naturali, Bratislava and Barokksolistene, Tønsberg.

The EEA Grants represent the contribution of Iceland, Liechtenstein and Norway towards a green, competitive and inclusive Europe.
There are two overall objectives: reduction of economic and social disparities in Europe, and to strengthen bilateral relations between the donor countries and 15 EU countries in Central and Southern Europe and the Baltics.
The three donor countries cooperate closely with the EU through the Agreement on the European Economic Area (EEA). The donors have provided €3.3 billion through consecutive grant schemes between 1994 and 2014. For the period 2014-2021, the EEA Grants amount to €1.55 billion. The priorities for this period are:
#1 Innovation, Research, Education and
Competitiveness
#2 Social Inclusion, Youth Employment and Poverty Reduction
#3 Environment, Energy, Climate Change and
Low Carbon Economy
#4 Culture, Civil Society, Good Governance and
Fundamental Rights
#5 Justice and Home Affairs
The EEA Grants are jointly financed by Iceland,
Liechtenstein and Norway, whose contributions are based on their GDP.
Eligibility for the Grants mirror the criteria set for the EU Cohesion Fund aimed at member countries where the Gross National Income (GNI) per inhabitant is less than 90% of the EU average.
All projects are co-financed by the State Budget of the Slovak Republic in the amount of 15%.

„If you want to know more about programmes and projects financed by the EEA Grants in Slovakia, visit www.eeagrants.sk.”