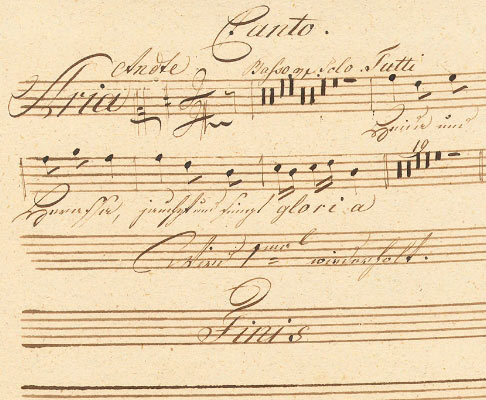 „Today, after decades of the worldwide Early Music boom, simply to perform on historical instruments, attempting to restore early music to its original “Zeitgeist” is no longer a sufficient goal in itself.“

The early music ensemble Solamente naturali was founded in 1995 by its artistic director, the violinist Miloš Valent. Conceived as a ensemble of artists of specialists wishing to focus on the interpretation of 17th and 18th century music on historical instruments, Solamente naturali is flexible: from a trio or septet, to a large baroque orchestra performing cantatas and oratorios with its own vocal ensemble SoLa. Openness of thought and the courage to bring new perspectives to the interpretation of music of the past has inspired many contemporary composers (such as V.Godár, M.Paľko and P.Zagar) to write new works for the ensemble, which have been performed at contemporary music festivals (Melos Etos) and concert series.
An ongoing focus on the young listener is the result of projects within established educational concert series (the programme “Marionettes from Lubeník” and “Strings are playing”) and the establishment of the Academia Solamente naturali, an ensemble that can create the performance space to bring its work closer to young students. There they can regularly participate in music workshops with teachers who are members of Solamente naturali either as performers or observers. Musical experiences for the youngest audience members has been developed from the work of Peter Vrbinčík, a member of Solamente naturali and founder and director of a private primary music school, operating in a rural setting since 2004. 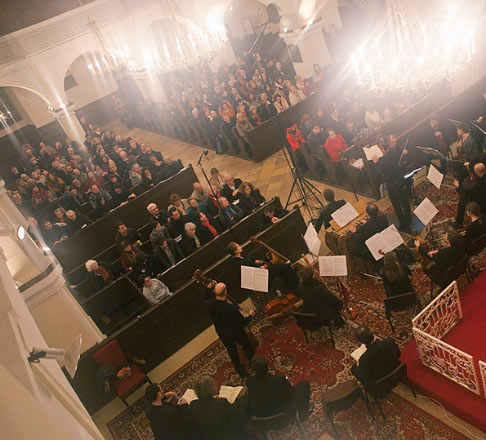 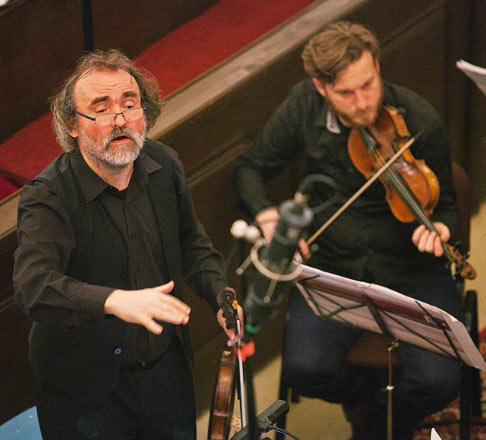 Today, after decades of the worldwide Early Music boom, simply to perform on historical instruments, attempting to restore early music to its original “Zeitgeist” is no longer a sufficient goal in itself. The task already begun by Solamente naturali is now to seek a deeper inspiration from the historical documents of earlier centuries and to make them accessible to today’s listeners. This approach to the past brings it forth into the present as a living part of our cultural DNA, of the heritage and patriotism of our own time and place in history.

The driving force of Solamente naturali is grounded in the enthusiasm, creativity, and professional approach of its members, accompanied by a spontaneity of performance, found in an innate sense of music itself, and from of our very nature itself – as the name of the ensemble suggests. The ensemble’s wide recorded repertoire is to be found on some 30 CDs (on the ECM, Glossa, ORF, Pavian Records and Brilliant Classics labels). A large part of the ensemble’s recordings consists of a collection of music from Slovak archives, for which there have been many awards – Krištáľové krídlo (works by J.N.Hummel and N.Zmeškal), Tatra Banka Award (CD Musica Globus), Radio Ahead Awards Album of the Year (CD Anna Szirmay Keczer, CD Thesaurus of Jewish music), Zlatá platňa (CD Godár Mater). Such unknown and unique works of Slovak provenance offer a fine complement to the essential masterpieces of the Baroque also regularly recorded by the ensemble. Solamente naturali is also a regular guest at festivals in Europe, China and the USA.

The idea of the recording series Urbs Musicum Archivum (UMA), which aims to, album by album, present the history of musical life in Slovak towns, has been developing during the thirty years of my deepening relationship with early music. Many years ago, in the house of Professor Ján (Hansi) Albrecht, with friends and later colleagues from the ensemble Musica aeterna, I enthusiastically played one after another all note materials from Hansi’s cupboard, works famous and works unknown. And among them, pieces linked with our history appeared. At that time I had no idea how much these unknown collections and forgotten composers would come to attract me. Looking today at the range of Solamente naturali’s recordings, I have to admit that the majority of them revive works joined with our cultural space.

We are lucky to have a preserved musical archive in almost every town. Thanks to the collaboration with the Slovak National Museum-Music Museum and musicologists these archives will be gradually made available to audience on recordings and at concerts in various towns, in the venues where the same music from archives sounded centuries ago. 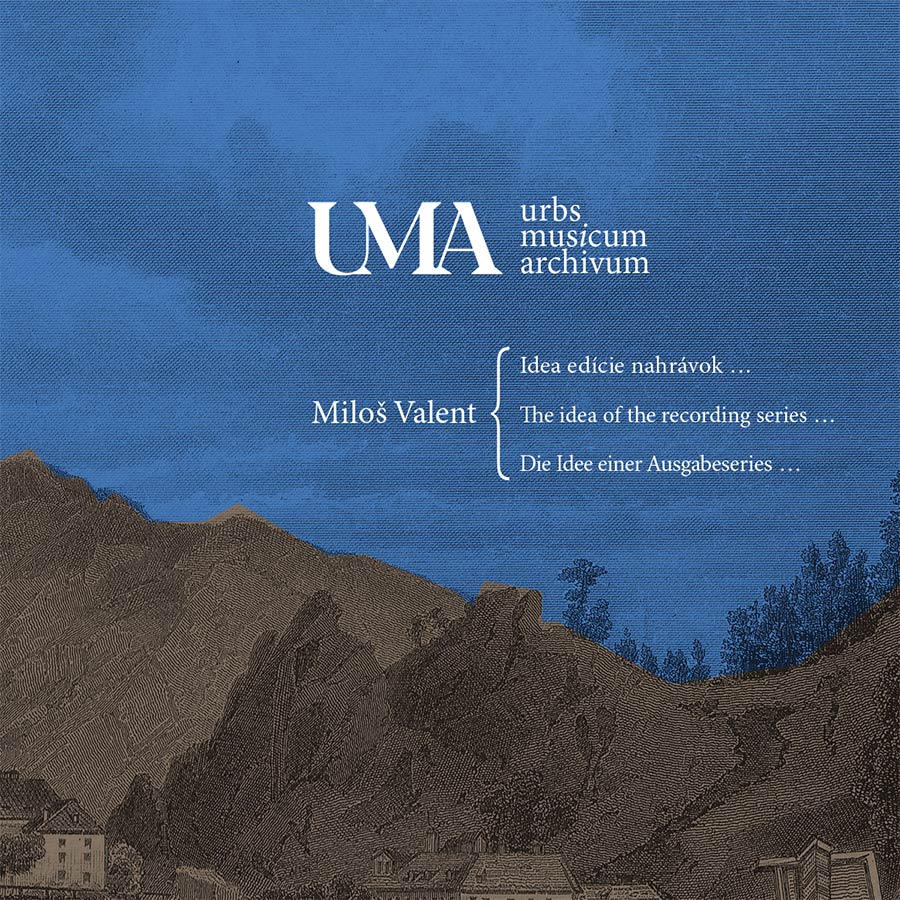 I had to ask myself: Why? The answer is certainly a subjective one, but sincere. Travelling Slovakia I perceive all those ancient buildings, churches, squares, manor houses, fortifications, and I observe how folks peacefully stroll around them having no idea that 300 or 400 years ago many of their ancestors walked there like this, too … In such moments I feel a desire to find out what kind of music sounded in those ancient houses and churches, to carry it out from dusty archives and to play it for the people of today. I hope that the beauty and secrets of the past hidden in tones will elicit a feeling of a time stopped in them, and they will then awaken with a gentle smile thinking: “This is the music of our town …” 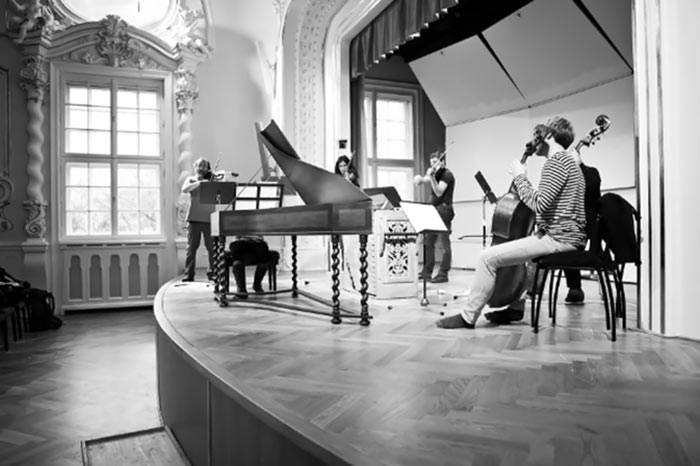 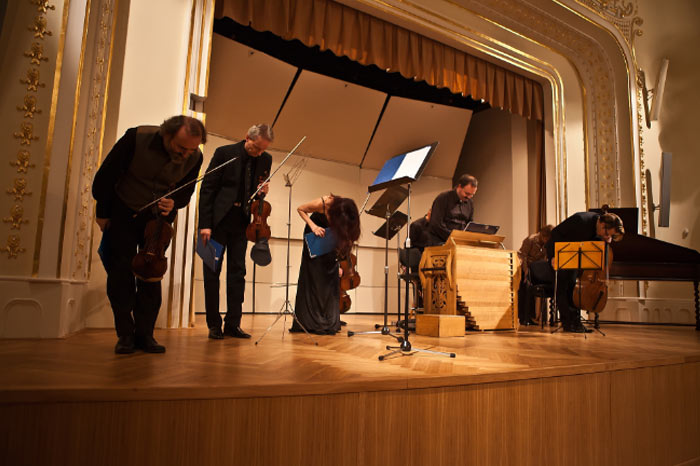 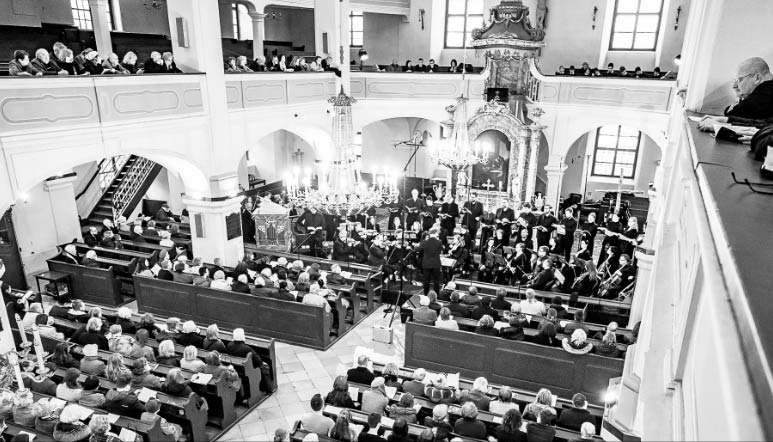 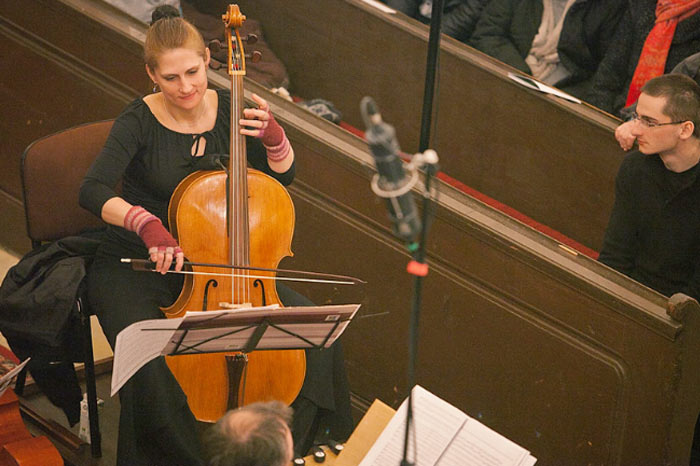 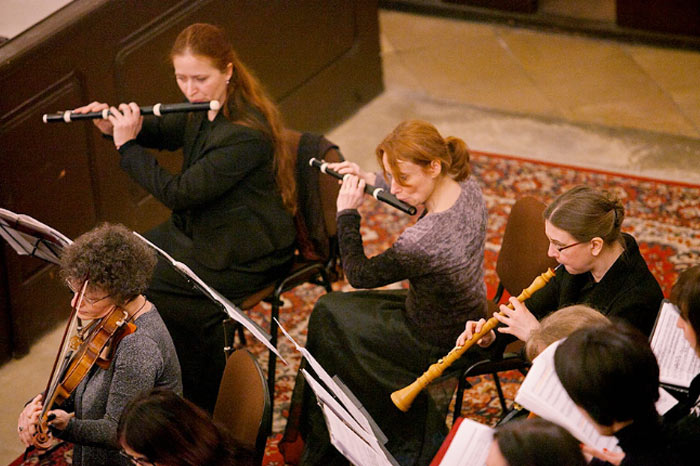 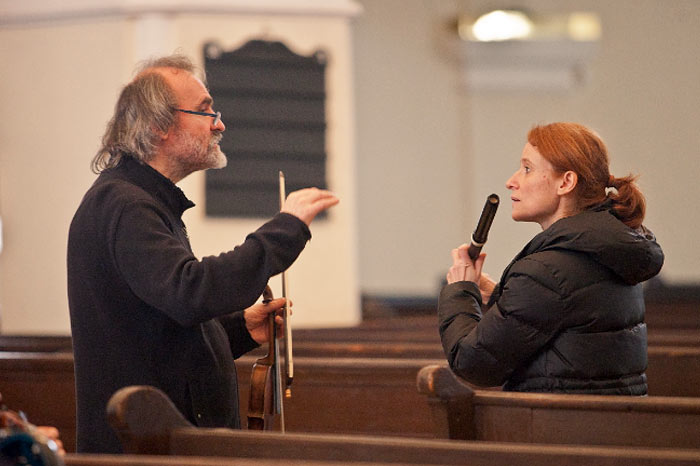 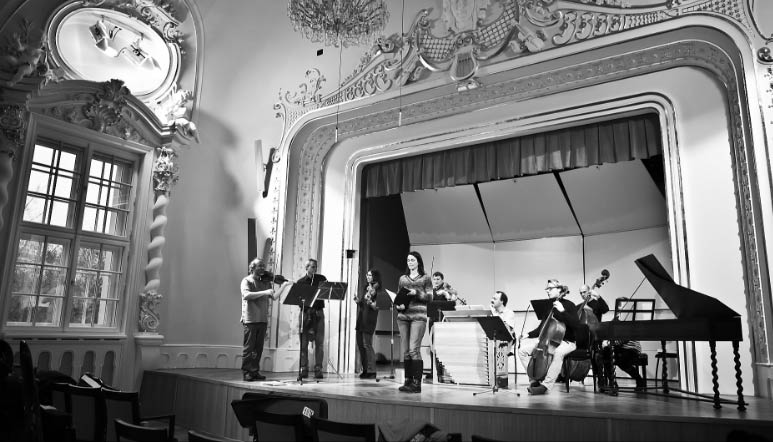