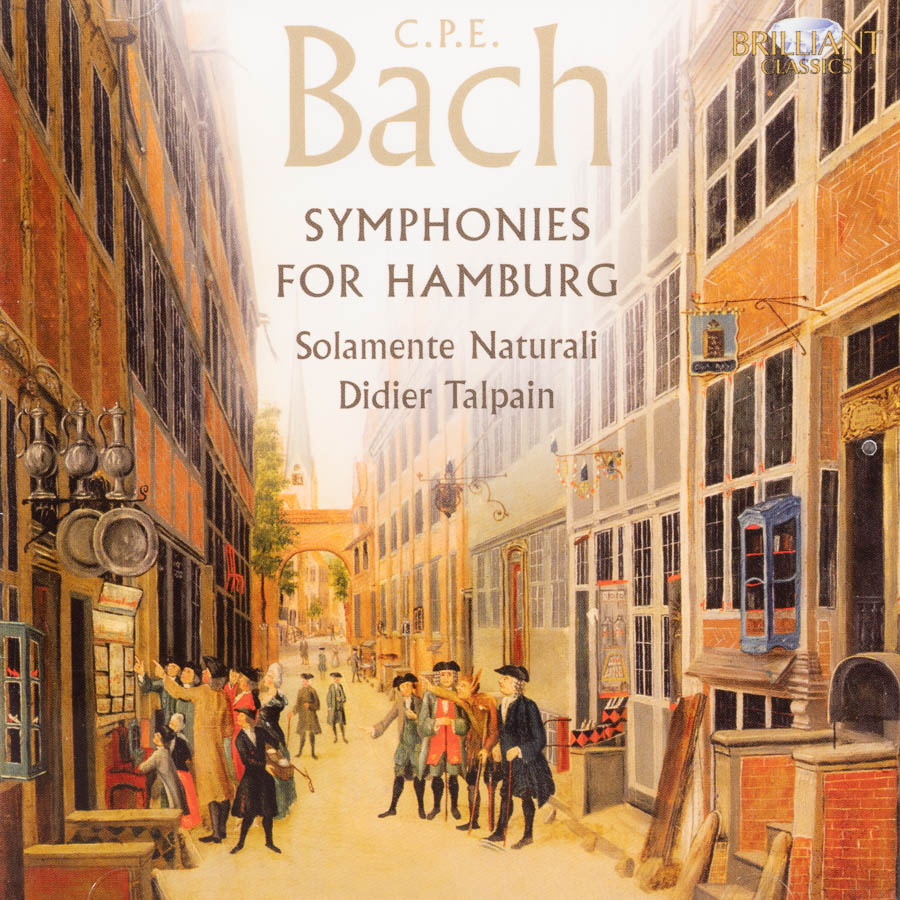 Carl Philipp Emanuel Bach’s four orchestral symphonies with 12 obbligato parts (two flutes, two oboes, bassoon, two horns and strings), Wq. 183, were his last. Written in Hamburg in 1775, they are unlike any other symphonies from the mid-classical period. In the mid-1770’s symphonic world, John Christian Bach had published his graceful and Italianate Op. 18, a set of six symphonies (three for double orchestra); Mozart was still in Salzburg and doing his best to sound like John Christian Bach; and Haydn was writing those symphonies numbered in the 50’s, some of which were influenced by C.P.E. Bach, but via his earlier keyboard works.

The recording acoustics differ as is the case with many of the Solamente Naturali recordings, these symphonies were recorded within a smallish hall with a short reverberation time. By contrast, the Manze set was recorded in a more spacious hall.

Talpain emphasizes the wind and horn parts in the tuttis more than Manze does, and this approach lends more color to the sections where everyone plays together. Also, while both ensembles offer comparable precision of execution, Talpain’s band features wind and horn players who are somewhat more raucously “original” sounding than Manze’s smoother-sounding band. If you think of the difference between the New York Philharmonic under Bernstein and the Berlin Philharmonic under von Karajan, both back in the 1960’s, you get the idea. Neither approach is “wrong”: each is just different.

Talpain also takes about 10% less time to get through each movement. His conception of the symphonies calls for both brisker and stricter tempos than Manze’s does. Manze employs considerably more rubato than Talpain, mainly to emphasize the more humorous aspects of these symphonies, while Talpain figures listeners will get the jokes on their own. Neither rushes through the symphonies; each takes enough time to smell the roses.

As a filler (the symphonies only take about 40 minutes total, which makes for a short CD), the Manze includes the A-major cello concerto, while the Talpain offers the C-minor harpsichord concerto. The cello concerto dates from CPE Bach’s Berlin days, about 20 years earlier than the symphonies, while the harpsichord concerto is a strange four-movement work contemporaneous with the Wq. 183 symphonies. I’d give a slight advantage to Talpain for the filler. 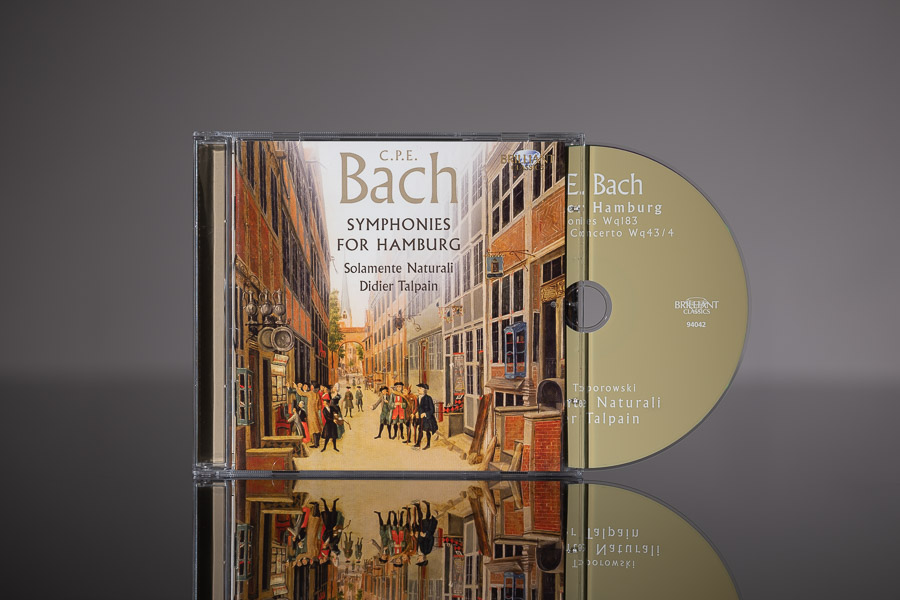